There's a simple way to measure magnetism with a device called a Hall Effect Sensor or probe, which uses a clever bit of science discovered in 1879 by American physicist Edwin H. Hall (1855–1938). Hall's work was ingenious and years ahead of its time—20 years before the discovery of the electron—and no-one really knew what to do with it until decades later when semiconducting materials such as silicon became better understood. These days, Edwin Hall would be delighted to find sensors named for him are being used in all kinds of interesting ways.

Operating from 5 to 36 V, the iC-MZ differential Hall Switch with back-end complementary line drivers is designed for gear and pole wheel scanning. The two integrated Hall Sensors are set 2 mm apart and sense the difference in magnetic field.

The magnetic input frequencies range from dc to 40 kHz, and magnetic dc fields of up to 500 mT are tolerated. At 24 V, a driver current of at least 200 mA can be supplied. Housed in DFN10 packages, the part has an integrated shutdown facility in the event of overtemperature and undervoltage and a test mode that permits the two-channel line driver to be directly triggered while bypassing the Hall sensors. (Call company for pricing and availability.) 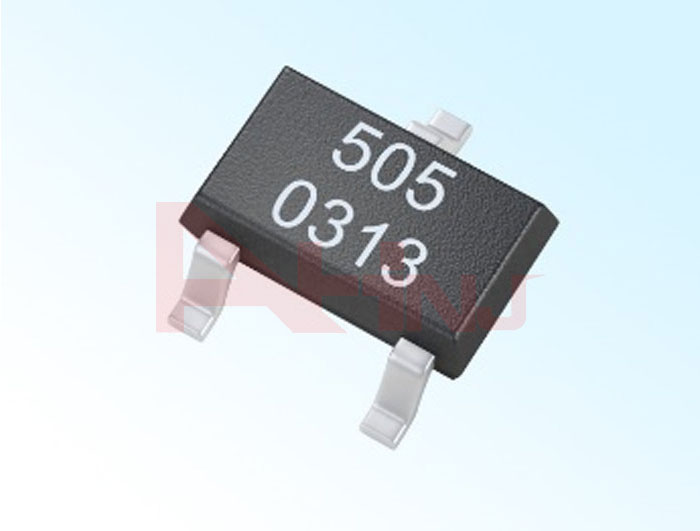