Do you know the Gear Sensor?

As a China Gear Sensor Supplier, share with you.

Gear Sensor is a new type of sensor made using the principle of Hall effect. It adopts a round tube waterproof design. It senses the number of teeth of a ferrous metal gear or rack and converts it into a voltage pulse signal to measure the speed, rotation speed and other parameters of the object. It is widely used in a new generation of automotive intelligent engines, as a speed sensor for ignition timing, and used in abs (automobiles). Anti-lock braking system) as a vehicle speed sensor, etc. 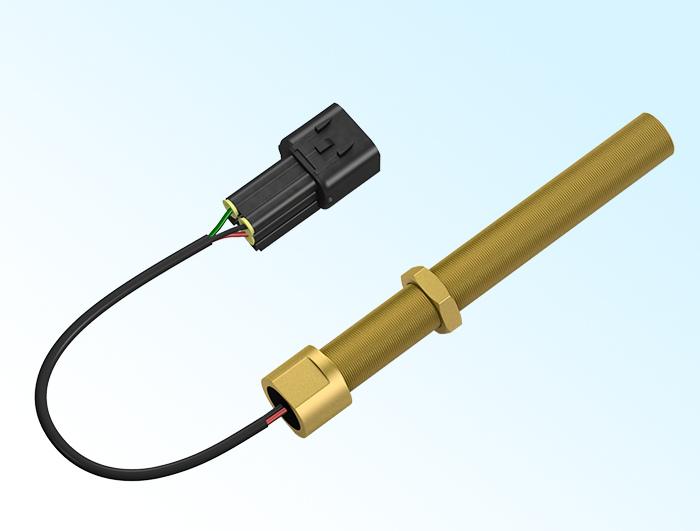 Hall gear speed sensors are widely used in the new generation of automotive smart engines, as a speed sensor for ignition timing, and used in ABS (automobile anti-lock braking system) as a vehicle speed sensor.

In abs, the speed sensor is a very important component. In the braking process, the controller continuously receives and processes the pulse signals from the vehicle speed gear sensor and the wheel speed corresponding to the vehicle's slip rate and deceleration signal, and then sends it to the brake pressure regulator 2 in time and accurately according to its control logic. When the command is issued, the regulator responds in time and accurately to make the brake chamber execute the command of charging, holding or deflating, and adjust the brake pressure of the brake to prevent the wheels from locking up, to achieve anti-skid and tail swing, and to improve braking safety And controllability during braking. In this system, the Hall sensor is used as a wheel speed sensor, a real-time speed collector in the braking process, and one of the key components in abs.

In the new generation of smart engines of automobiles, the Hall gear sensor is used to detect the position of the crankshaft and the movement speed of the piston in the cylinder to provide a more accurate ignition time. Its function is difficult to replace by other speed sensors. It has the following many New advantages.

(1) The phase accuracy is high, which can meet the requirements of 0.4° crankshaft angle, without phase compensation.

(2) It can meet the flameout detection requirements of 0.05 degree crankshaft angle.

(3) The output is a rectangular wave, the amplitude has nothing to do with the vehicle speed. When further sensor signal adjustments are made in the electronic control unit, costs are reduced. With gear sensor, in addition to detecting rotation speed, it can also measure angle, angular velocity, flow, flow velocity, rotation direction, etc.

Our company also has Micropower Hall Sensor on sale, welcome to contact us.